The Spark of Electrical Fires 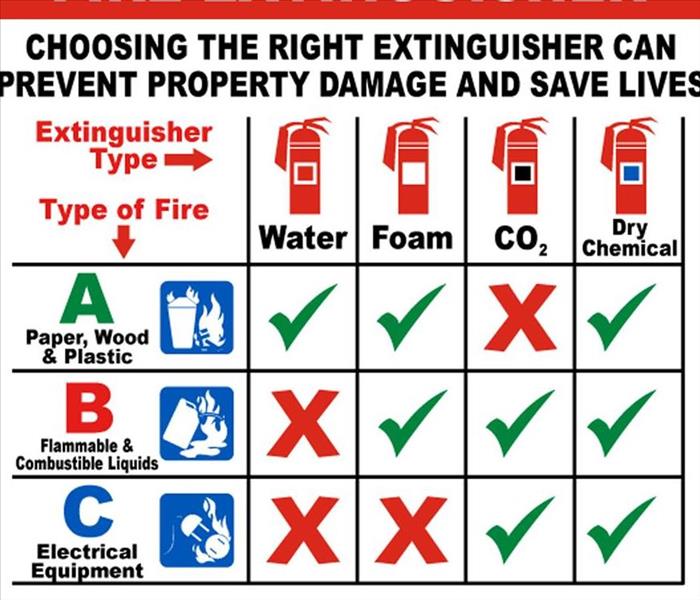 The type of fire extinguisher you use on a fire matters! Always be aware of the kind of extinguishers you have available and their locations.

Fires in the home can come in many forms. One of the most dangerous fires is an electrical fire. Electrical fires are especially dangerous because not only is a fire ignited, the electricity has the potential to shock an unsuspecting victim.

Electrical fires often catch homeowners off guard when they are doing something they do everyday, like using a household appliance or plugging something into a socket or power strip. Below is a list of the common causes for electrical fires:

How to Prevent an Electrical Fire

Here are some helpful tips to keep from falling victim to an electrical fire:

Properly Putting Out an Electrical Fire

Because electricity is involved, you cannot put out an electrical fire the same way you would a typical fire.

If the power is ON:

If the power is OFF:

If your home or business has suffered an electrical fire, call SERVPRO of South Pasadena to speak to an expert about cleaning your home and saving your personal belongings!

Ask us about odor removal and how to care for other belongings affected by fires.